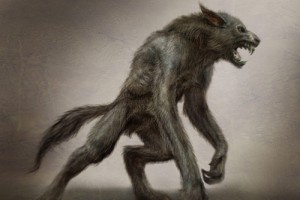 Due to the March 19th full Supermoon expect an unusual increase in werewolf activity. Especially since this is the closest the full moon has been to the Earth since 1993! During this sinister supermoon, the standard werewolf bulks up in muscle mass with a remarkable increase in strength. They also possess far greater speed and agility. Fleeing these super Werewolves will probably be impossible!😲

Their aggression also jumps to extreme levels and they will brazenly leave rural areas to wander into the suburbs and even cities as well.  We urge extreme caution and suggest you stay indoors after dark until March 21st.  In fact, werewolves will now be able to come out at dusk and dawn while it is still light out.  During this time none of the usual werewolf repelling measures will work!  That is except of course shooting them with a silver bullet! More or less if you’re not a professional Werewolf Hunter and spot a Lycanthrope then you’re already dead. Say your prayers and prepare to meet your maker! Amen!🐺