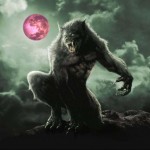 The Pink Moon of April is upon us as the Moon reaches 99% of full.  The Pink Moon originally got it’s name from the first flowers of summer which are pink moss, and pink phlox in some areas.  Flowers used in various mystical potions, and spells which may play a role in the Moon actually appearing pink in some places.  Angle of sunset, clouds, and air pollutants might cause a somewhat pink hue in some areas as well.  However the true deep pink color is magical in origin, and is caused by various practitioners of magic channeling the power of spring, and even the spirit of Easter which still hangs in the air of April thanks to the beloved Easter Bunny.  Anywhere near the worlds only known Werehare, aka Easter Bunny, or the Spirit Of Easter will also experience the full pink colored Moon without witches, warlocks, wizards, or sorcerers having a hand in it.

The Pink Moon generally has a calming effect on Werewolves causing less aggression.  Although we don’t get the gentle cuddly white Werewolves of the December Yule Moon under the power of the spirit of Christmas, and Saint Nicholas.  If we were closer to Easter, or had the first full Moon before Easter, known as the Egg Moon, then conditions would be very safe for humans on the full Moon nights of April 2013.  Unfortunately you should still be on alert as dusk approaches.  Locations with a deep pink Moon will see most Werewolves ignoring humans, rabbits, and small helpless animals in general.  Instead they will go after other larger prey.  Especially if said animal is aggressive such a a bear, wildcat, pit bull, etc.  Those in areas where the Moon looks normal will have to take care in not provoking a Werewolf.  If you spot one you must stand still, and avoid eye contact.  They should move on as opposed to the normal tearing you to bits for dinner.  If you can’t tell what the Moon looks like due to cloud cover then don’t chance it, and be on high alert.  Even with clouds hiding the Moon a Lycanthrope feels the mystical pull of it’s special supernatural properties.

So far we are hopeful that the Pink Moon is a blessing to us since we have few reports of deadly Werewolf and human interactions.  Only a few scratches, and scrapes thus far.  Although last night one man in Logan, Utah reported a “large rabid wolf with glowing yellow eyes bit a chunk of his rear end off.”  The man, who wished to remain anonymous, is doing well despite the loss of his private Moon during the Earth’s full Moon.  Our analysis indicates he most likely egged the Werewolf on by barking at it like a mad man.  No word out as to whether alcohol was involved, or perhaps just a mental deficiency.

What Effect Will The Partial Lunar Eclipse Have On Werewolves?

The partial lunar eclipse that will only cover 1.5% of the Moons surface will have virtually no effect on Werewolves, or any other supernatural beings for that matter.  A full lunar eclipse causes werewolf de-transformation yet they maintain their werewolf persona in human form going on serial killing sprees unless they are already in control of their transformations, and have the power to keep their human persona. Generally people in such rare eclipse instances of serial rage are labeled as insane, and are sent to a mental institution for the rest of their lives.  That is if they were witnessed in the act during that brief time in human form.  If sent to an institution for the criminally insane the doctors quickly realize they have something very supernatural on their hands, and call the Men In Black from the government to step in. Varying degrees of lunar eclipse will cause different levels of physical de-transformation while the Werewolves persona stays the same.  For instance a 50% eclipse of the Moon would yield a wolf man or wolf woman type of being rather than the monstrous animal form of a full Lycanthrope.  As the eclipse subsides they will return to full Werewolf form, and instead take on their human persona for the rest of night.  If this is something they have never done before it will be a shock to look in the mirror, and see their monstrous fur ridden demonic selves!

It’s also rumored that the Lycantrope Virus, the cause of humans transmuting into Werewolves, is vulnerable during an eclipse and that there’s a chance for a cure and the restoration of full humanity.  Even if that is true the 1.5% dimming of the Moon is hardly adequate to allow for such a miracle.