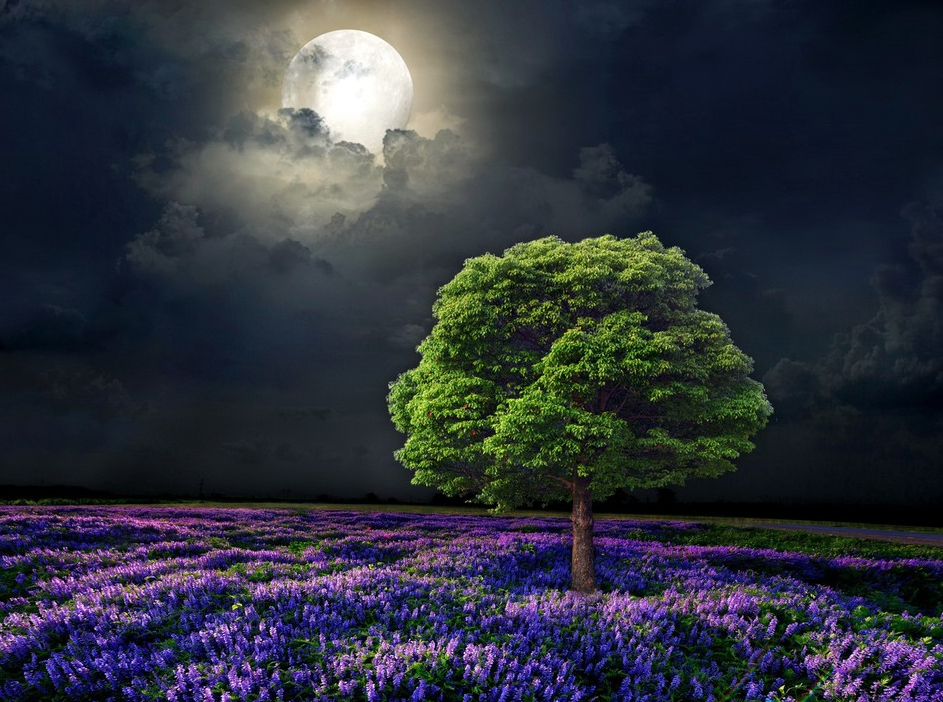 The Full Moon of May is usually known as The Flower Moon since it’s the month spring flowers first bloom in abundance. The mainstream community is also classifying this as a Blue Moon due to it being the third of four Moons in a single season. However, in the paranormal world, it doesn’t have the supernatural sway of a true Blue Moon. Thankfully, the Flower Moon doesn’t enhance Werewolves in any way so we only have the standard threat of being mauled, eaten alive, or turned into a mindless monster! The only benefit to humans is the fact that Flower Goddesses, Nymphs, and Fairies will be rising to peak power. This only amid densely blooming areas under the glittering glow of the magnificent Moon. If you call out to them they will aid you in eluding a wild wolf of Hell!🌺

The Flower Fairy Protection Summoning Spell has a recorded history of causing several Fairies to swarm a Werewolf. It confuses the blasphemous beast long enough for humans to escape! Simply recite the following with sincerity in your fright filled heart!🧚‍♀️

Fairies of flowering joy,
Come forth to quell my fear,
I implore you to be my decoy,
A wayward Werewolf is near!

Of course, if no flowers are afoot then you’re screwed…well there’s still holy artifacts, silver items, and wolfsbane to repel the supernatural scourges of the lunar light! As always we highly recommend carrying a squirt gun loaded with authentic holy water as it burns the hairy horror and often causes them to scurry away into the dark shadows! You’re best bet is to stay indoors from dusk to dawn until the Moon is under 80% of Full.🐺