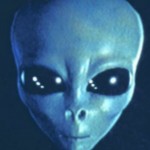 Over the past week UFOs have been spotted over various American cities.  Further investigation has revealed that the UFOs belong to a group of green aliens who came to find out what happened to their peace envoy that was shot down by the US government in 1947 at Roswell, New Mexico with the help of the evil “Greys”.  Greys are a related race to the “Greens”.  Both aliens originate from the planet Gliese 581g which is 20 light years away from Earth.  Their journey takes approximately 60 years.  They found out what happened to their green brothers but hold no malice against humanity.  They will now stay on Earth to hunt down the Greys who are responsible for many of the alien abductions and experiments done on humans.  Be on alert for increased alien activity due to the rivalry between the Greens and the Greys.

The odds of being abducted by aliens is about as slim as being struck by lightening.  Although those odds increase slightly in remote rural areas.  Most of the time they go after campers in the woods, and sometimes farmers.  If you’re still worried then you can take steps to insure they don’t detect you in your home.  You can either construct a tent around your bed or line your walls with a nickel mesh that you tape down with lead foil tape.  Then hook wires to the mesh which would then be connected to a battery or electrical outlet to create a special electromagnetic field that will make you invisible to all known alien scanning and teleportation technologies.