Posted on December 21, 2012 by Xavier Remington

Doomsday is now upon us the Mayan prophesied 2012 Winter Solstice counts down to 11:11 AM (Universal Time), or 11:12 when rounded to the nearest second.  In the United States it will be between 6:12 AM (Eastern Time), and 3:12 AM (Pacific Time).  Expect unusual activity in the Pacific time zone, or anywhere else the winter solstice falls within the Devil’s Hour or the Witching Hour.  These are areas where practitioners of magic will be looking to wreak havoc!  There are several theories involving the end of the world as we know it.  This includes Armageddon itself or at least an apocalypse of some type.  What we have are the notorious Nibiru, aka Planet X, and the great galactic alignment of the Milky Way causing various disasters.  The rogue planet Nibiru, and it’s nutty orbit could crash into the Earth, or fly so close that it causes immense cataclysms including the moon being knocked out of it’s orbit.   Some also think it could be the Babylonian God Nibiru coming here with some amazing new powers to take over the planet, or destroy it.  If there is such a planet we would have spotted it in the sky with the naked eye a long time ago.  The only possibility is that the planet is cloaked by some alien technology, phases in, and out of our reality, or it’s orbit is located in 5-D space out of our view.  The last two scenarios could cause disaster if the galactic alignment somehow focuses enough energy to bring it into our reality, or 4-D space suddenly.  So I guess you could be look up at the sunny sky at 11:11 AM, and then all the sudden the sky goes pitch black instantly.  Most likely your heart skips several beats, and the sky then lights ablaze with fire as the paranormal planet X enters our atmosphere.  At that point you most likely pee your pants among other things, and pray Mystic Investigations saves you by teleporting you away to another place far far away.  We’re still working out how we’ll do that.

Then there’s the galactic alignment that takes place every 26,000 years.  This is when our Earth, Sun, and the center of the Milky Way come into alignment on the same plane.  The focuses great gravitational, electromagnetic, and mystical energies upon us.  Energies that have amped up the power on most supernatural beings.  It’s thought that the last alignment caused a pole shift which destroyed the first true human civilization on Earth.  The fabled lost continent of Lemuria in the Pacific Ocean.  The poles shifting seems to be the number one most likely negative to occur.  However the powerful energies focused upon the Earth could cause numerous other natural disasters including destructive weather, Earthquakes, volcanic activity, and even the dreaded tear in space-time allowing various other dimensional beings of evil to flood into our reality.  Some say the Sun could have violent magnetic storms sending radiation, and electromagnetic storms to mess us up real bad.  Possibly the sun could even blow up from a power overload.  Since this has never happened before it’s not likely to happen now.  Our Psychic Julia Hathaway has had a vision of two of our team member being at the North, and South poles placing swords into some

Many practitioners of magic are attempting to utilize the mystical energies directed at Earth for their own nefarious purposes while others are using it in the fight against paranormal evil.  Some theorize that the energies could cause a shift in the human collective consciousness thereby helping them ascend to Godhood.  However some might hijack that, and use it to destroy humanity.  Stay tuned to Mystic Investigations for any apocalyptic developments.  Let us pray we are here when this day of dread passes so we may celebrate the Christmas season! 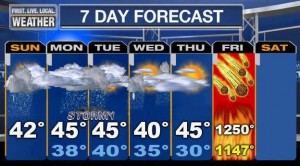 I'm the President of Mystic Investigations. A private paranormal crime fighting organization out for supernatural justice in a world full of supernatural darkness.
View all posts by Xavier Remington →
This entry was posted in 2012, Apocalypse, Armageddon, Solstice, Winter. Bookmark the permalink.