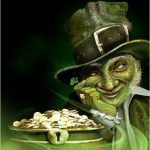 We are issuing an urgent Clurichaun warning as St.Patrick’s Day rapidly approaches due to the many sightings all over the world.  Especially in the United States which may be caused by the unusual warm March weather. Clurichauns, sometimes called Clobhairs, or Anti-Leprechauns, are the evil cousins of Leprechauns who live only to cause havoc, and thwart the spreading of good luck by Leprechauns while spreading their own special brand of bad luck.  All in an effort to destroy the magic of St.Patrick’s Day, and bring chaos to the world on behalf of the demonic forces that created them to begin with.

Clurichauns came into existence countless centuries ago when demons had enough of the good fortune spread by Leprechauns.  So they went about corrupting as many as they could through various temptations, and blatant twisting of their mystical powers.  Those unfortunate Leprechauns became the first Clurichauns.   These Anti-Leprechauns resemble Leprechauns but instead have skin that is tinted green, eyes that glow an eerily neon green in the dark, and a sinister smile that will make your heart skip a beat.  These tiny three foot tall terrors mostly eat small fairies but have also been known to go after small children just as Gnomes do.   So please keep a watchful eye on your kids at all times since Clurichauns can appear at all hours of the day or night.  They will however avoid direct sunlight, and lurk among the dark shadows of foliage.   They of course love to skulk among the Midnight shadows hoping to sneak up on slumbering Leprechauns who they will eradicate, and then steal their gold which is the source of Leprechaun luck.  They will then put the stolen good luck gold in an enchanted kettle of evil to transform it into a conduit of bad luck.  However they always stow away a few gold coins in their pocket to ironically give themselves good luck.

If you find a pot of gold at the end of a rainbow you should think twice because it could be a Clurichaun decoy, and it will plague you with bad luck for the rest of your miserable life.  Clurichauns are the number one cause of Leprechaun gold theft.  You can be sure an Anti-Leprechaun is nearby if a storm suddenly clears to produce a rainbow but then disappears right away yielding another even more violent thunder storm.  A Clurichaun might also secretly be the culprit behind bad fortune you’re having as he may have set events into motion via bad luck.  This often happens to people who steal coins out of wishing wells.  Many times they’re Clurichaun coins since they like to anti-bless the wishing well waters to corrupt the coins.  However the evil spell on the waters is temporary since the power of the wishing well cannot be reversed under most circumstances.  Although the coins remain imbued with bad luck.  Still it might be possible to get a corrupted well, and your wish might be reversed with negative consequences.

You should also beware of a Leprechaun offering you a deal because they simply don’t do that.  It’s most likely a Clurichaun tricking you into a lifetime of bad luck.  Leprechauns are secretive, and will avoid humans so you should probably do the same.  Clurichauns will have no issue invading your home.  Most of the time they are there to steal booze, and gold.  Alcohol is their beverage of choice, and they are actually drunk most of the time.  Some will even stagger about, and crash through walls due to their super strength.  We recommend hanging clover inside, and outside of your house.  Shamrock works best, and even possessing one real four leaf clover is said to be enough to repel an Anti-Leprechaun.  It must be naturally grown without any genetic manipulation.  The most magically powerful are grown in the lucky laden soils of Ireland.  You can also hang horseshoes, rabbits feet, and other lucky charms about your home.  Please always carry Shamrock, and lucky charms as well until St.Patrick’s Day has passed.  But as always be on alert because like all paranormal beings they can strike at any time taking advantage of the enchanting element of surprise.  Please consult your local witch for information on Irish protection spells.  With these few precautions you can have a happy, and lucky St.Patrick’s Day free of Clurichaun calamity. 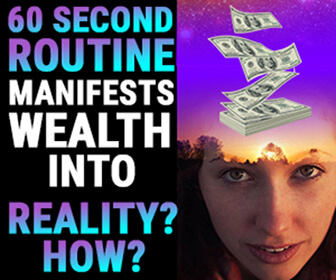 I'm the President of Mystic Investigations. A private paranormal crime fighting organization out for supernatural justice in a world full of supernatural darkness.
View all posts by Xavier Remington →
This entry was posted in Clurichauns, Leprechauns, St.Patricks Day. Bookmark the permalink.