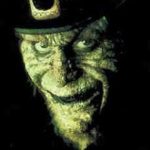 With the approach of Saint Patrick’s Day the evil Leprechauns known as Clurichauns are now afoot about the world.  These Anti-Leprechauns were once Leprechauns who were lured into the sinister shadows by demons who took issue with Leprechauns spreading good luck, peace, and cheer about the world.  The corrupted Clurichauns now live only to serve their dark demonic masters in the quest to extinguish good luck from the Earth.  They spread bad luck, chaos, and misery wherever they travel.  Their mission this time of year is to simply thwart the magic of St.Patrick’s Day, and take down as many of their Leprechaun brother’s as possible.  Brother’s they will not hesitate to kill.

Despite their deadly intent toward Leprechauns who refuse to turn to the dark side Clurichauns cannot kill a human due to a curse related to their Leprechaun roots.  All of the little people are forbidden by Saint Patrick the Angel from ever bringing harm to humans.  Once Clurichauns had an infusion of demonic DNA they became immune to a great deal of the curse.  They can imbue you with bad luck, and give you a good beat down but they can’t end your life.  So they can still be quite dangerous, and should be avoided at all costs.  However they are quite sneaky, and often pose as Leprechauns who will attempt to make a deal with you.  Leprechauns don’t make deals.  That’s a demon thing.  Their deals often lead to you acquiring what you want but there’s always a catch for yourself, and others around you as well.  President Gerald Ford is a mild example.  He wanted to be President so he made a deal with a Clurichaun.  President Nixon was shamed, and the once great athlete Ford became a total klutz.  Clearly a low level Clurichaun put together this deal as nobody really suffered greatly in this example.  Some Clurichauns are out to simply spread mischievous because they think it’s funny.  Most however are quite dangerous!

During the next few days we recommend carrying real shamrock grown in lucky Irish soils along with at least one real four leaf clover (non-GMO), and various other lucky charms.  All of these items will repel Clurichauns.  Since they have demonic elements within them religious artifacts will work to some extent.  Christian, and Celtic work best in this case.  The elements above are magnified in power when mixed with religious artifacts.  For instance a squirt gun with holy water, and shamrock juice would make a fine weapon when faced with a mad Clurichaun hell bent on attacking you after you refuse to be fooled by it’s offer of false good luck.  Wearing a cross, crucifix, or various Celtic symbols in conjunction with a four leaf clover placed upon it will make an especially powerful shield to repel Clurichaun attacks, and the dark luck they wield as well.

When faced with a dire situation where you’re at the mercy of an Clurichaun, and all else fails, you can call out to a Leprechaun for help.  Simply recite the following incantation:

Oh Leprechaun Leprechaun I humbly call unto thee,
Ride the Irish rainbows of joy across the deep green sea,
Let the way be lit with the beacon of your Shillelagh,
In dire peril of bad luck I make this plea,
For a Clurichaun’s evil has struck at me,
In the name of Saint Patrick I beckon thee,
With Shamrocks laden about with glee,
Oh Leprechaun Leprechaun please appear at my knee!

This will work most of the time but you must be in close proximity to a Dark Leprechaun since the little Devil is a magical communication conduit to the Fairy world.  This spell is 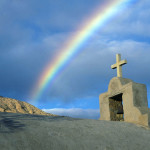 especially effective around the time of Saint Patrick’s Day since Leprechauns are particularly on the look out for such danger to humans.  If all goes well a rainbow should descend from the Heavens, and a lucky little Irish fellow of the light should appear to fend off the Clurichaun for you.  After this happens the Leprechaun will ask that you do one good deed as thanks.  However you are under no obligation to do so.  We recommend complying since it’s always good to have a Leprechaun look upon you with approval!

More information on the Call Upon A Leprechaun Summoning Spell

I'm the President of Mystic Investigations. A private paranormal crime fighting organization out for supernatural justice in a world full of supernatural darkness.
View all posts by Xavier Remington →
This entry was posted in Clurichauns, Leprechauns, Saint Patrick, St.Patricks Day. Bookmark the permalink.